Cognitive complaints are common both during and after cancer treatments. Many cancer patients exposed to a variety of cancer therapies complain of decreased cognitive efficiency that has often been attributed to chemotherapy. This syndrome of cognitive complaints and difficulties is colloquially named ‘chemo brain.’  For a subset of cancer survivors, these complaints are persistent and result in difficulties that impair their everyday activities.  For some, the difficulties are disabling.  Also presented is an update on potential causes of ‘chemo brain’ and the latest research on strategies and interventions to counter cancer-related cognitive dysfunction. 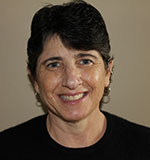 Linda M. Ercoli, Ph.D., is an Associate Clinical Professor and the Director of Geriatric Psychology in the Department of Psychiatry and Biobehavioral Sciences at the UCLA Semel Institute. She is a clinical psychologist with expertise in neuropsychology, aging, and cognitive remediation. Her research activities involve studying the use of neuropsychological tests in conjunction with brain imaging for the early detection and prediction of dementia. Dr. Ercoli has also been active in developing cognitive enhancement intervention programs for older adults with chemo brain, age-related cognitive decline and mild cognitive disorders.

Each year more than 1.6 million individuals in the United States are diagnosed with cancer. There are almost 14 million cancer survivors in the United States and more than 25 million worldwide. Cognitive complaints are common for patients during chemotherapy treatment and can persist once treatment ends for many survivors. Addressing cognitive deficits and complaints after treatment is important as it has an impact on cancer survivors’ quality of life as well as their social and occupational functioning.

Cancer and the Risk of Cognitive Impairment. We have identified subgroups of patients who are at definitely at greater risk for developing cognitive complaints and cognitive impairment associated with cancer or cancer treatment. Children and adults who are treated for brain tumors are at high risk. Children and adults who are treated with whole brain radiation are at risk. Leukemia and lymphoma survivors receiving certain intraspinal chemotherapy are another higher risk group. There is also a subgroup of about 25% of patients who do not have a ‘definite’ risk of treatment-related cognitive impairment, but who are vulnerable to post-treatment cognitive changes and persistent complaints. The range of severity of cognitive problems in this subset of patients varies from mild to disabling.

Cognitive complaints. Patients who have cognitive complaints seem to have similarities in the kinds of difficulties that they report. Some of the common complaints include difficulty finishing something that they started, or feeling like they are less efficient in doing well-known tasks. Many patients mention problems with planning and carrying out a plan of action, multi-tasking, and difficulty in managing complex tasks. Other commonly reported complaints are problems concentrating, feeling easily distracted, and having difficulty learning and remembering new things.

Chemotherapy and Other Mechanisms of Cognitive Impairment. Recent studies have found new evidence that cognitive changes may not be due to chemotherapy alone, but that there may be other mechanisms causing compromised cognition.  For example, cancer treatment may damage the blood brain barrier which then could allow harmful molecules or substances to enter brain tissue and cells. Other mechanisms may be related to having a genetic susceptibility that predisposes some patients to increased cytokine deregulation that may cause a pro-inflammatory response in the body, affecting cognition, sleep, mood, and energy level. Reductions in estrogen or testosterone may have an effect. Finally, chemotherapy may affect an individual’s ability to repair damage to DNA.

There are a variety of risk factors that may be associated with susceptibility or vulnerability to cognitive effects from cancer or cancer treatment. One such factor is age. The brains of older patients may have less reserve, i.e. the ability to compensate for brain damage or brain function losses.  There also may be age and medication interactions, as research has shown that tamoxifen has more adverse effects on cognition in older patients than in younger patients. Having co-morbid medical conditions may increase the likelihood of cognitive impairment after treatment. There may be genetic predispositions or vulnerabilities to inflammation, and chemotherapy-related cognitive impairment. Other risk factors include menopause, hormonal therapies, and supportive care medications. Anxiety and depression can negatively impact or thinking and functioning. The impact of surgery and anesthesia may affect the brain and cognitive abilities. Finally, sleep disturbance can be a factor, and many people have continued sleep disturbance after treatment.

The Case of Inflammation. There is growing evidence to support that several factors, including cancer itself, cancer treatments (surgery, radiation, chemotherapy) and psychological stress, affect the regulation of inflammatory cytokines, which are involved in the body’s inflammatory response, to produce the post-cancer treatment symptoms of fatigue, depression, sleep disturbance and cognitive dysfunction. The deregulation of inflammatory cytokines can result in a cascade of processes that ultimately affect neuroendocrine and neurotransmitter systems, circadian rhythms, and cognition. Currently, a significant amount of research is being conducted to better understand this cancer-inflammation connection. This system is a potential candidate for the development and application of interventions that could alleviate or prevent cancer treatment-related symptoms.

What Do the Research Studies Tell Us?

When we think about cognitive complaints and cognitive function, what does that really mean? The list below indicates the areas that can be affected by cancer and cancer treatment. These areas of cognition are often measured in studies by neurocognitive tests:

There were very few studies until a decade ago that even looked at cognitive changes after cancer. The initial studies used a cross-sectional design with survivors, meaning the studies looked at people’s functioning only at one point in time—after treatment. More recently, studies are following patients over time, comparing pre-treatment neurocognitive testing with post-treatment test results. Most of the patients studied thus far have been breast cancer survivors because they comprise the largest survivor groups. Other studies have included patients with lymphomas, colon, and testicular cancer. Studies have shown that, during treatment, about 75% of the patients showed cognitive deficits. Some of the studies have documented impairment on neuropsychological tests in cancer patients prior to treatment and upon retesting the impairment does not worsen with the treatment. This occurs in about 20-30% of the patients studied. Sometimes patients have cognitive complaints, but no impairment on testing, as discussed above. The body of literature overall indicates many participants had poorer neurocognitive test performance in association with chemotherapy exposure. There appears to be no “signature” pattern of impairment associated with cancer treatment—rather cognitive deficits can be varied, affecting memory, visual-spatial abilities, attention and brain processing speed, and language. A meta-analysis that pooled the results of many studies found an overall negative effect of cancer treatment on language (e.g. word retrieval and naming) and visuospatial abilities (e.g. building designs, copying). Overall, the results of studies in the literature support that persistent cognitive impairment does occur in about 25% of cancer patients. Post-treatment impairment can last for several months to up to 20 years.

Evidence of the Effects of Chemotherapy on Brain Structure and Function.

Many cancer survivors have to contend with a myriad of symptoms in addition to cognitive difficulties after treatment, including depression, anxiety, fatigue, pain and sleep disturbance. These symptoms can be the source of complaints. The current wisdom is to treat the whole person by first addressing untreated depression, pain, anxiety, sleep difficulties, and fatigue. If complaints continue, the patient may need to have an evaluation by a neuropsychologist familiar with the effects of cancer treatment.

Strategies for treating chemobrain are in its infancy. Some pharmacological treatments have been used to treat fatigue or sleepiness, such as the stimulants d-methylphenidate and modafanil. There is no strong evidence to suggest the methylphenidate is effective while two studies support positive effects of modafanil on speed of processing, attention or memory. There is no evidence to suggest that Gingko Biloba has any effect.

Potential treatments also include anti-inflammatory agents and drugs that affect cytokines, but they have not yet been studied. Cognitive-behavioral therapy is promising for stress reduction and sleep disturbance, but very few studies use CBT to target cognition. Less studied but showing some promise are activities like meditation, exercise, Tai Chi, QiGong, and yoga. These activities may affect a variety of targets, such as pain, anxiety, sleep, depression and inflammation.

Another approach is cognitive training or rehabilitation. Results from studies of pediatric cancer survivors suggest benefits from individualized cognitive rehabilitation. There have been few studies conducted in adults, but some early studies suggest a benefit from computerized training strategies on attention, speed of processing and memory. Cognitive behavioral therapy that uses relaxation, education, enhancement of coping skills and increased self-awareness to manage frustration, is another important and useful approach. Finally, patients can learn strategies to improve memory and attention. These cognitive training strategies use visualization and associative memory techniques, called mnemonics.

At UCLA, our group, led by Patricia Ganz MD, conducted a study using a manualized cognitive rehabilitation intervention to target attention, memory and executive functioning in breast cancer survivors with cognitive complaints. In a randomized controlled trial, 48 female breast cancer survivors were enrolled in either a cognitive training program or were assigned to a wait-list control group. The women were in their mid-50’s and were 18 months to 5 years post-treatment. Neurocognitive tests of cognition (memory, attention, executive function and language), and self-reported measures of health status, and mood were conducted at baseline, then immediately after the five week program and again two months after the post-intervention evaluation. A subgroup also participated in quantitative electro encephalograms (qEEG), a physiological measure of brain activity, in order to test whether qEEG can show response to treatment.

Women in the five-week cognitive training intervention met with the cognitive trainer (psychologists) in small groups for 2 hours per week. They engaged in exercises in class and at home to enhance attention, memory and executive functioning. They learned to set short- and long-term goals involving the completion of daily tasks (e.g. going for a walk, completing something on a to-do list, cleaning out a closet, or planning a party or trip). At the end of the treatment, compared to the wait-list group, the intervention group demonstrated significant improvements in self-reported memory and overall cognitive complaints that were sustained at the 2-month post-intervention follow-up. The intervention group also showed improved memory on standardized memory tests. Brain activity, as measured by the qEEG, appeared to become more normal over the course of the intervention and correlated with the change in cognitive complaints. Survivors also reported improvement in their ability to meet short- and long-term goals and reported that they continued to use the cognitive strategies they were taught in their daily life.

Computerized training also holds promise for countering cognitive problems. In one study, breast cancer survivors who had received chemotherapy participated in 48 sessions of home-based computerized training for20-30 minutes per session, five days a week, for 12 weeks. The women in this study demonstrated improved executive function at the end of the study.

More studies of interventions are needed. So far, the studies conducted show that a variety of interventions can be promising for improving memory, attention, and executive functions. Treatment interventions are not yet offered on a large scale basis, but availability of empirically supported interventions to improve cognition can be expanded with increasing financial support and more training of personnel to implement the treatments.

What can a survivor who is facing cognitive changes do for themselves? Below are some ideas that may be helpful:

Take Care of Yourself