With Deep Gratitude to Peter Lik

Panoramic landscape photographer Peter Lik is in a class all his own. Born in Melbourne, Australia, the only son of Czech immigrant parents, Peter Lik’s talent for photography became evident very early on.

A completely self-taught artist, Peter first picked up a camera at the age of 8, capturing his first photograph – a spider web covered in dew. Fast forward to present time, and many subjects later, Peter has honed his affinity for natural beauty, and is now the most awarded landscape photographer in history, internationally acclaimed for his panoramic photos of landscapes showcasing brilliant colors and elegant terrains.

Traveling to the United States in 1994 with the intention of exploring the American countryside by van, Peter’s fascination with photography took a career-defining turn when he discovered the encompassing view of the panoramic camera. This discovery opened up a new avenue of creative possibilities and differentiated him as a landscape photographer. But it was one landscape photo taken in Yosemite that put Peter on the map. Realizing its potential, Peter sold the photo to a company in San Francisco that later used it as the cover of a calendar. The photo was used repeatedly and his passion became his vocation.

Peter promptly returned to Australia where he would establish a company publishing books and calendars for the next 10 years before opening his first gallery in his hometown of Cairns. From that point on, his popularity began to soar, allowing him to open three more galleries across Australia. Within mere months, Peter was able to expand into the United States, beginning with a gallery in Maui, soon followed by Caesars, Venetian, Mandalay Bay, Waikiki, Miami, La Jolla, Key West, Aspen, Kona, and most recently in New York at The Plaza and SoHo. To date, Peter has opened a total of 13 galleries worldwide.

Each of Peter’s galleries is distinctly reminiscent of his adventures as a photographer and explorer. He incorporates his roots from Down Under, giving each space a distinct “Aussie” feel with rich, warm colors, wood flooring, exotic décor and lighting, and elegant imported furnishings that mirror his awe-inspiring panoramic photography.

The authentic, rustic furniture made of recycled environmental palm wood adds to the ambiance generating a cozy, comfortable feeling. In addition, Peter is the co-designer of each gallery’s furnishings and works with African tribes and Australian natives to outfit the spaces with authentic sculptures that enhance the experience.

The breathtaking works of art housed in these galleries have distinctions all their own. Each limited edition, high-quality Archival Print is produced using the silver halide photographic process. Each image is individually printed, numbered and signed with a certificate of authenticity guaranteeing its credentials. Next, each photograph is individually examined for errors before being framed in a pristine, dust-free environment using a system called “High Quality Conservation Framing.” The photograph is then cold-mounted onto a lexon panel using a Dutch-engineered “Neschen Roller.” All materials used in the studio are acid-free to protect the integrity of the photographic surface. Unique timbers from Italy are offered for framing, in addition to custom-designed Teak Slatted frames from Indonesia. Editions are limited from 7 to 950 in quantity with a percentage of them being Artist Proofs, and all printing, mounting, custom-framing and shipping are all supervised by Peter himself.

Peter’s work continues to gain international recognition. For over two centuries, art auction house Sotheby’s has set the standard by which the value of an artist’s work is judged. In the November 2004 edition of their catalogue, Sotheby’s presented two of Peter Lik’s sold-out editions, crediting his works of art as timeless among the classics.

Also, the Australian Institute of Professional Photography (AIPP) awarded Peter with a variety of accolades, including his acceptance into an elite chapter as ‘Master of Photography’ in 2003. Over the past five years, Peter has received over 30 awards from the AIPP, including Silver, Silver with Distinction and the coveted Gold. In 2002, Peter’s iconic image ‘Ancient Spirit’ earned the title of ‘Highest Scoring Print’ of the year in the competitive Landscape category.

Peter’s quest for the perfect shot never ends. He explores this world driven by a vigorous determination to express his vision of beauty and his profound respect for nature. His passion, dedication and love of his art are unsurpassed, distinguishing him as a leader in his field. 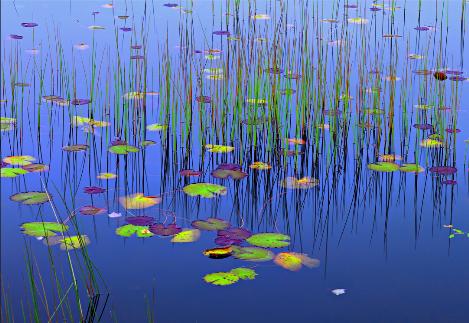