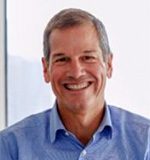 Richard G. Newman serves as the Chief Executive Officer and President of Lowe Enterprises Real Estate Group, Inc. Mr. Newman served as the President of Real Estate Group at Lowe Enterprises, Inc. He is responsible for Lowe’s commercial and multifamily investment, development and asset management activities throughout the U.S. Mr. Newman joined Lowe in 1986 and was elected a shareholder of the company in October of 1998. He is a member of NAIOP, the Urban Land Institute and is an executive board member of the ULI Los Angeles District Council and the Los Angeles Commercial Real Estate Association. He earned his bachelor’s degree from Stanford University and his master’s degree in Real Estate Development from the Massachusetts Institute of Technology. Rick is a past Trustee for Park Century School. In his leisure time, Rick enjoys traveling with his family.